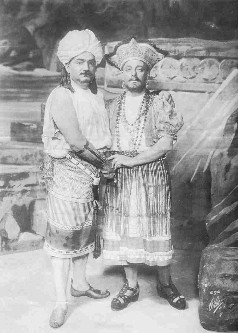 An incredible Italian voice at the Met
By Nicoletta Panni

After many  great successes in major European theatres, Giuseppe De Luca crossed the ocean and settled in New York City where he reigned supreme at the Metropolitan Opera for twenty years. In that celebrated theatre, he was in his beloved element. He made important and artistically moving operatic contributions and was counted as being among the glorious and historically important Italian artist of that time. As Francesco Sanvitale has mentioned in other pages of this site; from 1915 to 1935 he performed 857 recitals in addition to his numerous operatic roles. In his seventy four years of life, Giuseppe De Luca interpreted 102 operas (see the “Repertoire” page of this site).
Among these hundred titles and of the more important ones, Giuseppe De Luca performed with indescribable eloquence in: “Madame Butterfly” and “Gianni Schicchi” by Giacomo Puccini, “Adriana Lecouvreur” by Francesco Cilea, “Fedora and Siberia” by Umberto Giordano, “Zazà” by Ruggero Leoncavallo, “La campana sommersa” by Ottorino Respighi, and Goyescar by Granados. He interpreted other titles in his personal and unforgettable way, imparting stylistic perfection in every genre or character 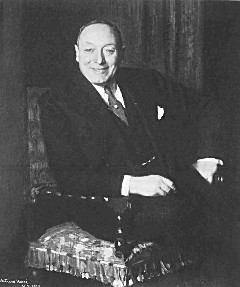 Being so famous in New York, even I could testify as to how recognised and loved he was. When  people on the street recognized him they wanted to talk to him, touch him and asked for autographs! Naturally, all these demonstrations of affection gave him great joy, especially in his later years of life. As a result of disappointments in his homeland which he loved so much, Giuseppe De Luca always said, “Other than Rome, New York is the only city where I am happy!”