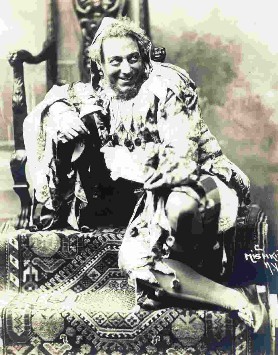 Anyone who has ever heard Giuseppe De Luca, even for a few minutes, will find "noble" a very fitting definition of his voice. in the history of opera few singers have been able to characterise their performances with such linear, elegant singing, with such a remarkable blend of instinctive artistic creativity and perfect technical structure. In an age of revolutionary shifts in opera, an age which saw ever new, bold and taxing frontiers for the voice and dramatic roles, De Luca represented, in a career spanning more than fifty years, the flexible artist, the performer who constantly maintained a balance between tradition and modernity, a man who was fully aware of his own expressive means and one who was always able to steer in any sea towards the destinations indicated by the urgent demands of art and to do so with matchless style. This is why the "noble voice" of De Luca, even in his oldest recordings (the earliest date from 1902) sounds very up-to-date, still offering lessons in style and highly accomplished technique. Thus we can understand his infinite repertoire, his ability to move from one composer to another, from role to role, from one vocal type to the opposite, not only with unimpeachable respect for styles and a legendary performing talent, but most of all with a voice which maintained its beauty and soundness with kaleidoscopic stylistic rendition that grew and improved with an even greater wealth of shades even fifty years after his debut when he was over seventy years old. 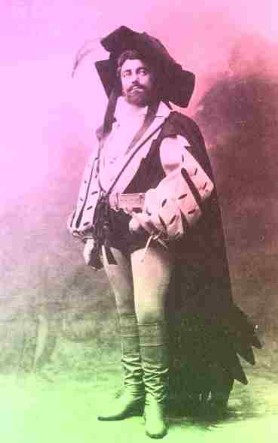 Seventy-four years and over one hundred operas in his repertoire: the life of an artist. Among these hundred titles, De Luca created some important roles: Puccini's Butterfly and Gianni Schicchi, Cilea's Adriana Lecouvreur, Giordano's Fedora and Siberia, Leoncavallo's Zazà, Respighi's La Campana Sommersa, Granados's Goyescas. In other roles  he gave unforgettable, personal performances, always perfectly matching the style of genre and character. Giuseppe De Luca was a man of humble origins; in what sounds like a fairy-tale legend but was in fact true, he rose from a life as a blacksmith in the poor Trastevere  quarter of Rome to become a star on the stages of every continent. Yet De Luca never lost  his simple touch and lived with enviable simplicity wherever his fortune and talents led him to work. It was as an artist that he lived like a prince, the king of baritones: Giuseppe De Luca, the noble voice! 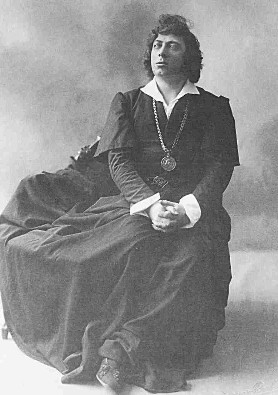 The United States, and in general the Anglo-Saxon world, haven't forgotten De Luca: all you have to do is go to the Metropolitan to see two imposing paintings of him and where they are positioned, or buy a detailed discography produced in England a few years ago without mentioning his recording which still circulate in record stores abroad. The pain of oblivion was inflicted by “De Luca's Italy”: he probably wouldn't have decided to return to the U.S. after the war if there was more regard for his personality and a achievements. Already in the 30's in a letter to minister Bottai he was asking (and reminding him of his repertoire) if he could come back and sing in the Opera theatre of Rome, and the sad episode of his fifty-year long career refers to with particular clearness and wild passion, Nicoletta Panni in another page on this site. Indifference had become oblivion after his death, and in 1976 the celebration for the century old birth was in Rome, his native city, in a subdued tone, almost forced more than felt. Only in Piacenza, his debut city, do they remember him affectionately. This initiative to begins the repayment of the debt that the Italian musical culture has with Giuseppe De Luca.