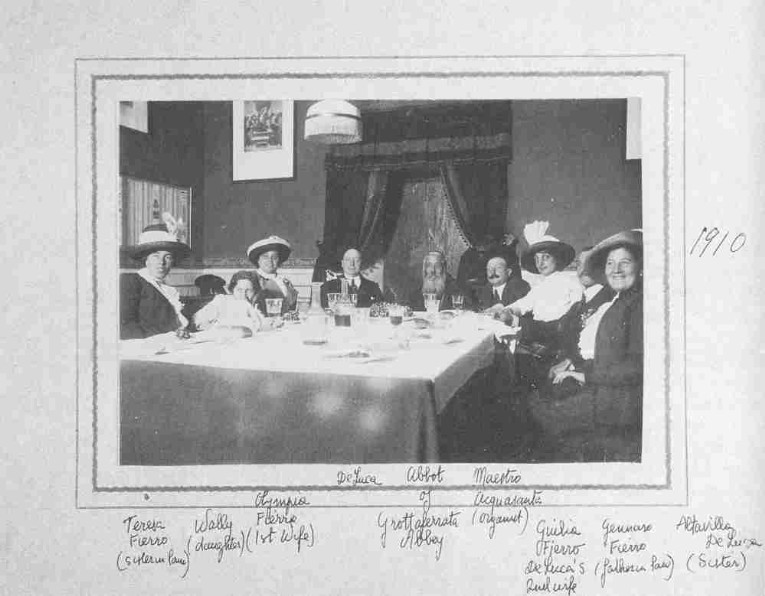 By: Nicoletta Panni
Giuseppe De Luca had a character and personality with many facets and an unpredictable behavior. Within the family my grandfather was quite surly and there were only very rare moments of his sweetness which were usually towards his dogs. He repeatedly said that they were the only ones who knew how to love unconditionally.

He hated being contradicted and only his second wife, Giulia, was able to obtain anything and everything from him. He made everyone feel nervous, so much so that his daughter Wally, my mother, although devoted, answered to his beckoning with fear and nervousness. Outside the family, he was the complete opposite. He was extremely nice and friendly, just as he is portrayed in his photos.

He had two wives: the first Olimpia, who was born in 1875, died in America in 1918 from the Spanish Flu, a terrible epidemic that hit North America in the early 20th century. The second, Giulia, who was Olimpia's sister, was born in 1890. The two wives, even though sisters, were completely different in looks as well as character. The second, who was more physically attractive and also very careful about hiding her humble background, (her father was a cook) had studied and received a diploma in the pianoforte. She spoke English and French very well and was intent on establishing herself in society. She helped my grandfather study and did everything possible to assist him in his career; she had a strong influence on him and was able to introduce him into American high society. For an artist, it is fundamental to have someone supporting you and helping socially, especially during that era in the United States. Just think, grandpa Pino and his wife Giulia mixed with the best of American society: the Vanderbilts, the Rothschilds and the Huckers. 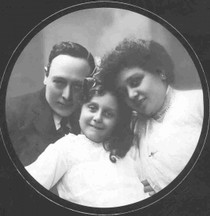 Giuseppe, Olimpia, the first wife and the child Wally

The child: "Wally" mother by Nicoletta, in juvenile age 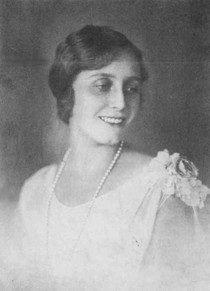 With the young nephew Nicoletta Panni 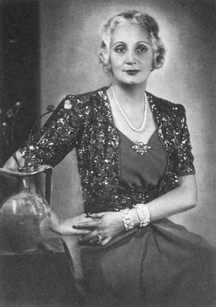 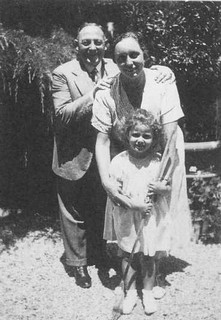 Three generations, 1938, Giuseppe, the Wally daughter and the Nicoletta niece 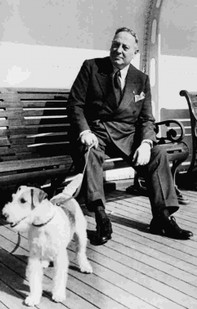 With the faithful Toy little dog