Autographed photo by Fiodor Chaliapin, De Luca with the celebrated bass Russo in J. Massenet's Don Chisciotte at the Metropolitan of New York in the 1926/1927 season. 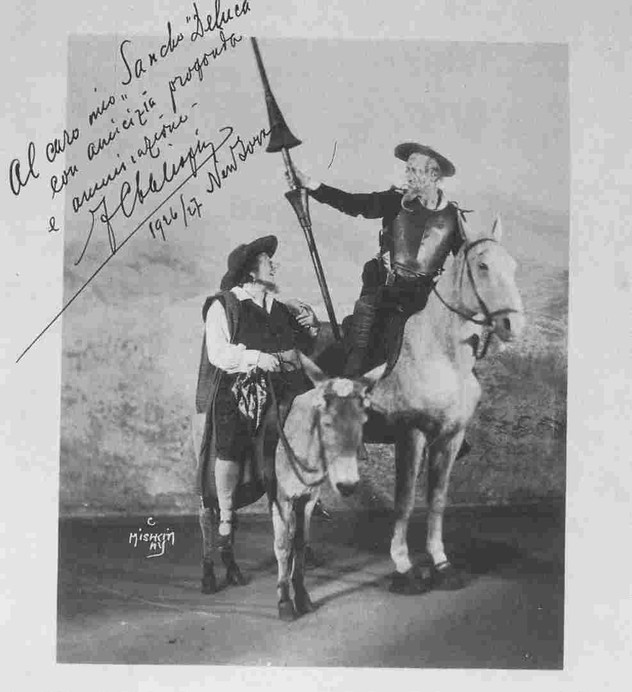 “In October 2004, while I have been working on this web site, it sadly came to my attention that Rodolfo Celletti, a famous critic and expert in theatrical voices, has passed away.

Among all the papers that I researched for this site, I fell upon a paper written by Rodolfo Celletti dedicated to Giuseppe De Luca, another paper by the eminent critic Eugenio Gara and an article by Giacomo Lauri-Volpi, written for the tenth anniversary of the death of his illustrious colleague in 1960. This page contains pieces of what Rodolfo Celletti and Eugenio Gara wrote.”

Giuseppe De Luca and Beniamino Gigli in Budapest where they sang at the same time during the season of 1933. 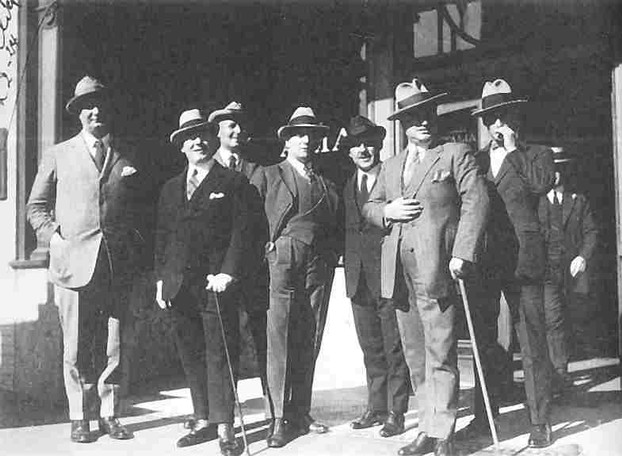 Giuseppe De Luca's voice was colorful and clear. He emitted a natural sound that demonstrated precision. In the last 50 years it's difficult to find, even on recorded discs, a singer who is able to create an amazingly perfect sound with very little effort.

Sounds that are rounded, clear, vibrant, from highs to lows, all fused to form a melodic design with stupendous homogeneity, perfect intonation, with perfect volume and tone. The art of ligatures, which is difficult to exercise, after Rossini, Bellini, Donizetti, has found in De Luca a singer who is able to apply, to all music, such style and fiery passion regardless of the lyrics. What's the magic formula? Most important an ear for music. An ear for music when acting, when singing in a declamatory style, the sneer of Bamaba, the rambling speech of old Gérmont or the pang of Rodrigo dying.
Whoever has had any experience with how things work when a singer with style is on stage, you probably expect a similar review at the end of the performance: magnificent vocalist, but a cold execution, but trained. For De Luca the opinion has to be different. It's true that De Luca tended to emphasize all his opera roles.

As an opera singer he had many resources. He was poetic, emotional and also an extremely sensitive singer. The distinctness of his dictation, usually hidden in his sinister or grave voices, which tend to complete and stabilize vocals, gave, in his way of punctuating certain parts and declaiming style, his lucidity and intensity of expression; purposely not exhibiting athletic vocal performances that entail extremely complicated vocal solos (I would believe that it was difficult to deny the temptation to imitate Battistini) leaving from his voice any kind of exaggeration, which made it more human and profound. As is with everything that is simple. 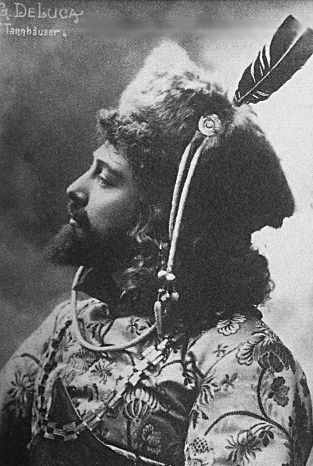 I remember fondly this Maestro of beautiful music. His name alone can invoke in me the golden era of theatrical opera.
Adding to his technical skills (emission of notes with little effort, perfect intonation, equality to his recordings, incomparable clearness and preciseness of dictation) is his ear for music with the art of punctuating certain parts which was truly exceptional. The serenity of his voice and the elegant perfection of his style as a high-class actor, have allowed him to maintain intact, for 50 years, his artistic talent and made him an irreplaceable Maestro of the theatre and the Italian glory of the world.
How do you forget an incredible friend, a person of solace and an exceptional artist? We must implore for all of us salvation, the salvation that you can only find in the spirit world and in eternal memories, good and bad. It's our spirit, distraught and yearning to find sweetness and comfort again, in our painful and supreme call for the echo of the things that will never die.
Let's listen in silence, with love and with gratitude.

Home Page | Rome. his City | The noble voice | The family | The golden anniversary | The maestro | Biographi 2008 | Repertoire | Dedications of illustrious musicians | Listen to | Discography | Links | Copyright | General Site Map
Back to content | Back to main menu