Giuseppe De Luca: My Grandfather!
By: Nicoletta Panni
Giuseppe De Luca was born in Rome on Christmas Day 1876 and as a child I remember he loved to say, “being born with a silver spoon in his mouth”, he had a lucky life. That was something a pure Roman son from the Trastevere neighborhood would say. The eleventh and last born of Nicola, a blacksmith, and Lucia who apparently had a beautiful singing voice and wished that her son could one day become a famous singer. His father, on the other hand , had other plans for his son and didn't like, at all, his son's inclination towards music. Papa Nicola left the world prematurely, when Giuseppe was only

Regardless, grandpa Giuseppe entered the Cantorium School of S. Salvatore di Lauro at the age of eight; this was his first musical experience. At twelve, he participated, with small parts, in the many plays at the Adriano Theatre always leaving strongly affected and moved by the stories and melodramas. He was so moved that upon returning home he would loudly re enact the scenes, to the annoyance of the downstairs neighbors, using chairs as other cast members. Above all, his father, who was furious because he wanted his son to learn “the family' trade of blacksmithing, after a certain hour, would lock him out of the house, and for many nights after playing his parts at the theatre, granfather would “sleep under the stars”. None of this stopped him from dreaming about the theatre. During one of his famous full moon nights, while Peppino, at the age of fifteen, was singing with his friends astride one of the lions of the statue in the middle of Piazza del Popolo, a passing  woman, a pianoforte teacher at Santa Cecilia,  stopped to listen. This woman was Schultheis Brandi.

Amazed by his beautiful singing voice, she advised the young man to study singing. Giuseppe answered that his father's hostility wouldn't allow him, to do so. However, the teacher did not give up and spoke of De Luca to the then president of the Santa Cecilia Academy of Fine Arts, the Count of Sammartino. 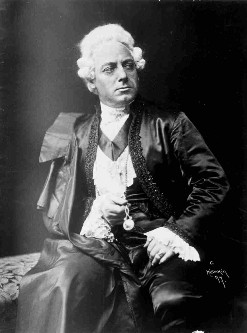 Arranging an appointment, De Luca went to the Academy and sang for the Count who was greatly  awed by his voice, so much so that the count decided to personally go and speak with the father. Going to Nicola De Luca's shop to convince the father that Giuseppe should study singer, the Count received a refusal: The father did not think kindly of the count's suggestion and stated that the boy had to work to help with the economical situation of the family. So the Count asked how much Giuseppe earned and gave that amount to the father. The Count also provided Giuseppe with a bursary to be able to complete his musical studies.

And there began the electrifying career of a young Giuseppe De Luca; he was fifteen soon to be sixteen. He entered Venceslao Persichini's class, which was specialized  in teaching baritones. Giuseppe completed his studies and graduated with a final grade of “9,50”, which in comparison with the “10”s given out easily at today's Italian conservatories, is viewed as an impressive final grade. At the same time he met, his wife to be, who lived on Via dei Greci, the same street as Santa Cecilia, then know as the high school for Music. Another important reference of that period was the maestro Bustini, Giuseppe's peer, who later became the director of the same conservatory. 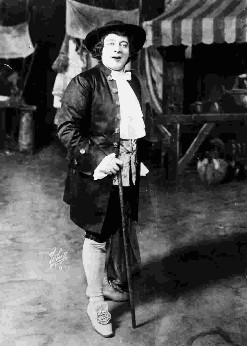 Finishing his studies, his debut came after an audition with an agent in Milan for “Faust” which was to be performed at the Piacenza Theatre. On that occasion although failing to hit the most important note, (his problem was hitting that “sol” note), his voice was so beautiful that he was casted anyway. While Peppino was signing the contract the agent reminded him that it was Friday the 13th and being superstitious, he delayed signing until the next day. Descending the stairs to leave, he bumped into a rival baritone who was also represented by the same agent and with an excuse that he had forgotten his hat, Giuseppe went back up the stairs to sign the contract.
His debut at Piacenza was a complete success and during the same evening he signed his second contract in Genoa, with Enrico Caruso.

That was in 1897, and in 1915 Giuseppe De Luca arrived at New York's Metropolitan Theatre, meanwhile also singing at La Scala in Milan, in Chile, in South America at the most famous stages ever trop upon by the most famous artists of that time